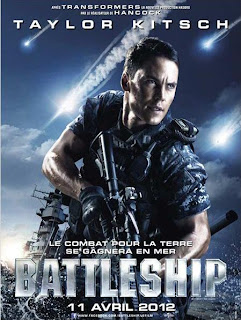 Sorry couldn't resist. We kick off this bit with a new poster from France for that other "Taylor Kitsch Vs. Aliens" epic coming out soon. Interestingly Mr. Kitsch's name hasn't been seen on any of the official John Carter posters so either he has a huge fanbase in France or they know something we don't. (Thanks to Coming Soon http://www.comingsoon.net/ for the heads-up).
Next up is an interview from the Huffington Post with John Carter producers Lindsey Collins and Jim Morris where both address the film's production, the marketing and in particular the current stories about the film's budget http://www.huffingtonpost.com/2012/02/22/john-carter-producers-on-budget-rumors-creating-mars_n_1293248.html. Some interesting reading for fans.
Finally the Hollywood Reporter has another article for us, this time concerning the recent lawsuit brought by the Edgar Rice Burroughs estate against Dynamite Comics over their Warlord of Mars comics http://www.hollywoodreporter.com/thr-esq/john-carter-from-mars-lawsuit-taylor-kitsch-warlord-of-mars-293784. The most notable comments are that ERB Inc is worried that the "racy" covers and artwork is damaging the characters and that they could possibly not have much of a case since most of Burroughs' work (including the first five John Carter of Mars books) are in public domain. I have a feeling this will get messy before it's over with.
at February 22, 2012

I'd bet Disney is behind this. ERB Inc. never had a problem with near nude women on the covers of any ERB pocketbooks.