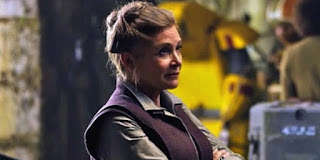 This really hurts people, that's all I can say. For those who don't know Carrie Fisher has passed away following a heart attack she had Dec. 24. For me and I'm sure for many she will always be Princess Leia but she also was a clever and funny writer and actress who will be missed. Our prayers go out to her family, friends and fans.
at December 27, 2016 No comments: 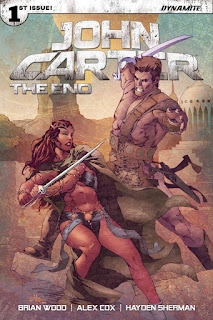 With the new series set to come out this February, Dynamite has posted some unlettered pages from the first issue, along with some alternate cover art. The title of the first issue is also revealed, "Twilight of the Red Queen." To take a look head over to http://www.dynamite.com/htmlfiles/viewProduct.html?PRO=C72513025569301011 and stay tuned.
at December 20, 2016 No comments: 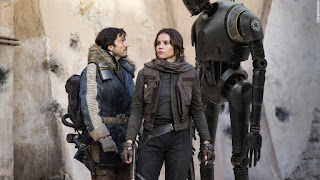 No clever opening, just a review.

If you remember the opening crawl of Star Wars (aka A New Hope) it mentions "rebel spies" who managed to steal the plans to the Empire's ultimate weapon. At this point you've probably read enough reviews to know what the plot is, characters etc. But for those who didn't a brief outline: the Rebel Alliance receives word of a defecting Imperial pilot containing a message concerning a super weapon. They dispatch an officer, Cassian Andor (Diego Luna) and a young woman named Jyn Erso (Felicity Jones) to find the pilot and the message. Before too long they discover it links to Jyn's scientist father, an over-ambitions Imperial officer and a weapon that can bring destruction to the galaxy.

Going into Rogue One, one disadvantage is that we know how this story ends. But director Gareth Edwards and his cast and crew turn that to their strongest asset as they bring a film that, as promised, is a ground look at the struggle that dominated the original trilogy. In fact Rogue One is a war movie, with elements of the "men on a mission" film as Jyn and company have to band together to get the plans. They know their mission is possibly doomed to failure but they try because if they don't no one will,

Like most Star Wars movies, this one brings out the big guns in terms of action and visual effects, especially during the last hour as the team breaks into the Imperial stronghold to get the plans while a fierce ground battle and space battle ensues, matching the finale of Return of the Jedi for scope. The performers-while not giving much to work with character-wise-also manage to keep things moving with special props for Donnie Yen as a warrior-monk who believes in the Force and Alan Tudyk's motion captured droid K-2S0 stealing the show.

Of course I also will mention yes that Darth Vader is here (as the trailers confirmed) and reminds us of what a frightening villain he is. In fact his final scene is the most horrifying of any Star Wars movie ever.

Yes there are nitpicks and some questionable choices (like some CGI used to bring back a familiar character) but even then they are forgiven as the film reaches its climax. In fact I'll state I actually liked this film more than The Force Awakens as a sheer visceral experience and story. Go and see it. Rating: **** out of 4.
at December 18, 2016 1 comment:

'John Carter: The End' Brings the Death of Mars 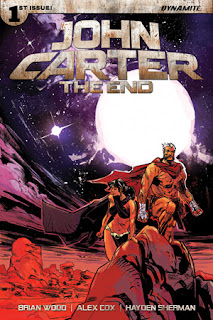 To paraphrase Jim Morrison, this is the end of Barsoom? Dynamite Entertaiment has announced a new limited series that will present an older John Carter and Dejah Thoris and a world ready to collapse. According to the official summary: "THE DEATH OF MARS! Centuries have passed and time has taken its toll. Conflict burns across the landscape of Barsoom. A war of supremacy and genocide at the hands of a brutal despot has brought the planet to the edge of collapse. A search party has finally located an aged John Carter and Dejah Thoris, living in quiet seclusion on a desert moon, in perpetual mourning for a lost son. How could they be Mars' last hope?
Introducing a John Carter story like you've never seen before, from writers Brian Wood (Star Wars, DMZ, Northlanders) and Alex Cox (Adventure Time), and artist Hayden Sherman (Civil War II: Kingpin)."The new series will hit stores next February and for more info head to http://www.dynamite.com/htmlfiles/viewProduct.html?PRO=C72513025569301011
at December 05, 2016 No comments: 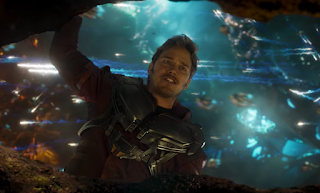 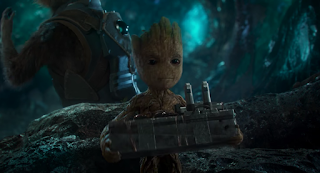 Sorry for the long absence. I'll try to keep updates coming but for now here's the new trailer for the Marvel sequel showing more action, comedy, Baby Groot and 70's rock. Take a look and leave any thoughts below!