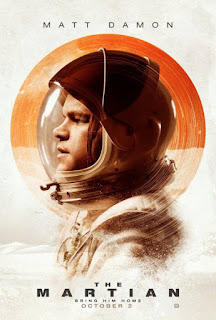 OK this is really late. But I finally caught up with this movie and it is one of the best of 2015.

For those who haven't seen it the plot in a nutshell: it's 2035 and the Ares III mission to Mars is on schedule when a violent storm forces them to evacuate. All of them make it except Mark Watney (Matt Damon), the team's smart-ass botanist, who everyone-from the Ares crew to NASA-believes is dead. Well Watney isn't dead and has to survive until a potential rescue mission or the next Ares team lands. It involves "sciencing the shit" out of his resources and the hostile environment of Mars while his rescuers come up with a plan to bring him home.

I'll admit up front that I haven't read Andy Weir's 2011 novel so I approached The Martian without any notions shaped by the book and came away loving it. What keeps it working is that director Ridley Scott doesn't let the film go completely dark or hopeless (Gravity springs to mind here) or succumbs to B movies astethics but keeps the science real, the characters honest and brings a welcome sense of humor to the film. In fact it's that last ingredient that makes it watchable, from Watney's humorous comments to the running gag that all he could find on his team captain's hard drive is 1970s disco music, there was a smile on my face all through it.

Helping sell that is Damon, showing off both his dramatic skills and his likability. In another actor's hands Watney could have become an unlikable jerk but Damon grounds him in the reality of the character's situation and his problem solving skills without giving up. Even when disaster hits, Watney keeps positive and Damon plays that to the hilt. I'm rooting for him to steal that Oscar next month since he delivers (and does it without boasting he ate bison liver).

Also helping is the visuals, As usual for a Ridley Scott film it looks spectacular, especially the scenes of Mars. Shooting in Jordan and with the help of subtle visual effects Scott pulls off a convincing red planet that looks both real and mysterious, not just a dull brown desert a la John Carter. In fact Scott captures that "National Geographic" look that Andrew Stanton said he was trying to do in Carter much better, again showing what a skilled, talented director and crew can do.

There are some flaws of course. The bickering between the heads of NASA can get a little boring (even though it's helped made tolerable thanks to strong performers like Chiwetel Ejiofor, Sean Bean, Jeff Daniels and Kristen Wiig) and some might wish the film would speed it up a little but those are small nitpicks. In the end The Martian is a great film, well directed and acted and worth seeing. Sorry it took this long for me to see it. Rating: **** out of 4.

'Lords of the Jungle' #1 Preview 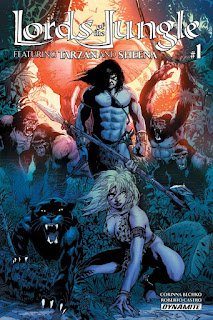 After the snow, heading to the jungle might be a welcome alternative. In any case Dynamite has released some pages from their upcoming Tarzan/Sheena crossover, along with a press release for the series. Head over to http://www.dynamite.com/htmlfiles/pressrelshow.html?display=PR10011564445 to check them out and leave any thoughts below.
at January 25, 2016 No comments: 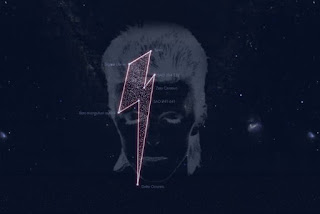 It makes since that the Starman would get his own constellation. In honor of his passing, Belgium astronomers have given a seven-star constellation in the shape of the famous lightening bolt from Aladdin Sane as a tribute. The constellation is located near Mars, another fitting homage to the legendary artist. In addition his last album, Blackstar has hit number one while The Rise and Fall of Ziggy Stardust and the Spiders from Mars has also reentered the charts.  For more head over to http://www.abc.net.au/news/2016-01-18/david-bowie-astronomers-pay-tribute-with-constellation/7094720 and more music below. 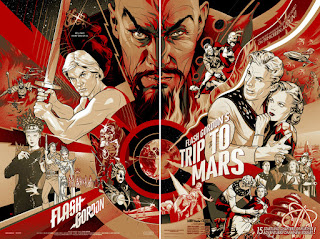 It looks like the Savior of the Universe now has his writer. According to both HitFix and Aint It Cool News, screenwriter Mark Protosevich has been brought on board to write Flash Gordon for Kingsman director Matthew Vaughn and Fox. Protosevich's past credits include early attempts at I Am Legend, Thor and-most notable for this site-Paramount's John Carter of Mars (which according to HitFix writer Drew McWeeny was one of the best sci/fi fantasy scripts he ever read). No word yet on when production will start so stay tuned and head over to http://www.hitfix.com/motion-captured/mark-protosevich-hired-to-rewrite-matthew-vaughns-flash-gordon-for-fox for more info.
at January 15, 2016 No comments: 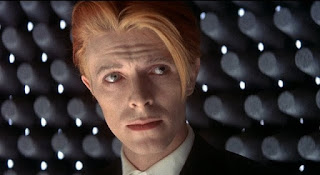 2016 just got off with some sad news as rock legend David Bowie passed away. Growing up in the 1980s-the heyday of MTV, HBO and video stores-I remember Bowie from his music videos, discovering as I got older Ziggy Stardust and watching Labyrinth and later The Man Who Fell To Earth. He will be missed so take some time and watch some of the videos below and leave your thoughts. 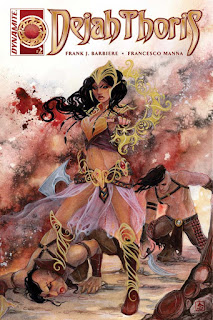 With John Carter, Warlord of Mars taking a break, Dynamite is gearing up for their new take on everyone's favorite Martian princess and Bleeding Cool has some comments from writer Frank Barbiere about the new series. Among the revelations is that Dejah has left Helium and is now "no longer royalty," that her father has gone missing and John Carter is present but in a supporting role. For more head over to http://www.bleedingcool.com/2016/01/08/she-is-no-longer-royalty-frank-barbiere-talks-the-big-changes-to-dejah-thoris/ and stay tuned.
at January 10, 2016 1 comment: 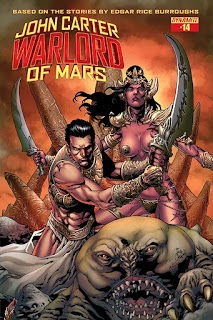 It looks like John Carter and Dejah Thoris are done exploring and are heading home. But they find a different sort of "Homecoming" awaiting for them (and for once I'm giving a SPOILERS warning).

Flying home the pair soon find a deserted Helium with no signs of life or even evidence of a great catastrophe. Eventually the pair begin to notice strange things-like that flyer they were using, self-healing walls and statues and the such. Eventually Carter decides to fly into the Energy Plant that sustains Helium, a crash that jars both of them awake and reveals the truth: They've been in a dream state, captured by Ras Thavas for another of the Master Mind's mad schemes. Well hell hath no fury like a pissed Warlord of Mars and his Incomparable Princess...

In what appears to be the last issue for this series (before the upcoming Dejah Thoris series begins) Ron Marz and Ian Edgington swipe the old "it was all a dream" scenario and just let's it sort of hang there in space. Look I understand it can be easy and a way to provide a twist in the storytelling but here it just doesn't go anywhere and actually left me frustrated that as a reader I endured some so-so issues just for this to be the ultimate revelation. Also it leaves plot holes (like how did Ras Thavas drug John and Dejah, transport them...) and a half-baked finale. Granted it was nice to see Thavas, even if the series seems confused about the timeline established by Edgar Rice Burroughs (Homads were used in a prior issue yet Ras still has his old ancient body, not the younger one he was transferred into in The Master Mind of Mars). I could just be getting too nitpicky but honestly it's just a bum wrap-up.

Ariel Menel's artwork helps somewhat but even then there are issues. The facial expressions are bizarre with John and Dejah looking angry at each other, leading me to believe they were going to fight at some point, the backdrops are bland and only the final action sequence delivers. Also did Woola shrink or is it just me?

Hopefully this isn't the end of John Carter and Barsoom. Then again giving this series a breather to refresh the creative batteries might help. Just temper expectations and you might enjoy this, otherwise let's wait and see what Dejah Thoris will offer. Until next time folks.
at January 04, 2016 No comments:

'Lords of the Jungle' #1 Covers Revealed 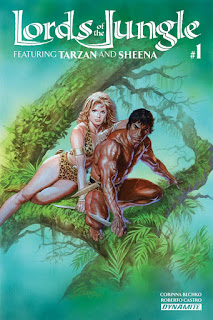 I hope you had a safe New Year's Eve and Day. With that out of the way 2016 looks to be the year of jungle adventure with The Legend of Tarzan and Disney's live-action The Jungle Book coming to theaters and Dynamite is jumping on the bandwagon with their upcoming series pairing Tarzan and Sheena. To help get you excited here's one of two covers for the first issue courtesy of Alex Ross, as well as a description of the plot:

"Tarzan has long been the protector of his jungle stronghold, but this time the fight has to be taken to his enemy's territory, deep in the heart of London. Half a world away and nearly a century later, Sheena is battling foes of her own when she is mysteriously swept through time and space to 1930's Africa, leaving her own land unprotected. Will these two Lords of the Jungle find enough common ground to join forces? Or will the resulting culture clash lead to mutual destruction?"