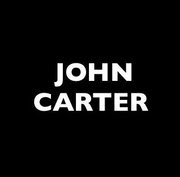 That's what some sites seem to be reporting http://www.ropeofsilicon.com/article/title-john-carter-mars-john-carter-now-in-time?utm_source=rss&utm_medium=rss&utm_campaign=title-john-carter-mars-john-carter-now-in-time. The Twitter account of the site Dark Horizons is reporting that Disney has now decided to drop the "of Mars" part and now the film is just called John Carter. There has been no official word from the studio-no surprise there considering their lackluster handling of this movie's PR so far-except for a change in the Facebook page address from johncarterofmars to johncartermovie http://www.facebook.com/JohnCarterMovie but if this is true they're really scrapping the bottom of the barrel. Let's hope someone is wrong. UPDATE: Well it looks like this is true. Sites from Collider http://collider.com/john-carter-of-mars-title-in-time/92540/ to Aint it Cool News http://www.aintitcool.com/node/49757 are confirming the title change. The reason? Unknown, even though AICN speculates Disney could be fearful following the disastrous box office of the recent Mars Needs Moms while Collider suggests fear that with a lack of a big name movie star that the studio might feel the title would be too silly for non fans. As for reaction, for the most part negative, with several saying removing "of Mars" from the title makes it sound like a generic non-SF flick(AICN says it sounds like a Tom Hanks film about a single dad). Others hope that maybe it will be like the Harry Potter or Indiana Jones series and the film's actual title will be John Carter and A Princess of Mars. We'll see but this seems to prove that Disney has no clue what they're doing with this film if they're going to change a name that has stuck for decades just to make it appeal to clueless audiences. Maybe if they just stick Johnny Depp's picture on the poster that will help.
at May 23, 2011

Or they are trying on different names, and it will change once again at some point.

Have you seen this:

No new information, though. People at that firm are really obsessed with keeping everything under a tight lid.

I hadn't seen that site. I've seen a few blogs of other people who say they'e working on the film but like that one haven't given much info.

I do hope they change the name though. Maybe go with John Carter and the Princess of Mars or even John Carter: Under the Moons of Mars. Just plain John Carter is like vanilia ice cream-pretty bland.

Me too. As you said, plain John Carter really is not very descriptive. Especially since that name is such a common type of a hero name nowadays. I don't know of any other character with the exact same name, apart from that doctor in ER (although I would bet there are at least a few), but there are scores of both 'Johns' and 'Carters' around.

Actually, when it comes to 'Carter':

on person described it really well . . . I forget whic movie site said it though

"john carter sounds like the name of a suburban dentist"