Dune Gets a New Director 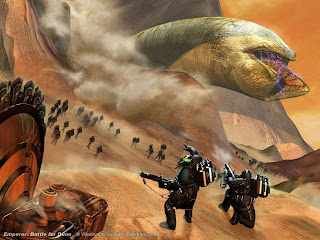 More news while I'm still waiting for Princess of Mars to show up. Entertainment Weekly is reporting that director Pierre Morel, who directed the Liam Neeson hit Taken, has been hired by Paramount to direct the new film version of Dune following the departure of original director Peter Berg. For more info-http://hollywoodinsider.ew.com/2010/01/04/dune-remake/
at January 04, 2010

I saw that. It's almost like Paramount wants to play the same process as they did with Mars. If they hit 3 directors we know I'm on to something.