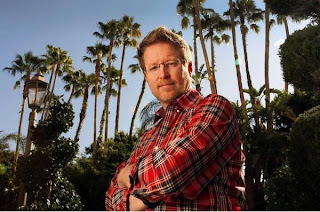 With the 3D rerelease of his Pixar hit Finding Nemo coming soon, the Los Angeles Times sat down with Andrew Stanton to talk about the reaction and fallout of John Carter http://www.latimes.com/entertainment/movies/moviesnow/la-et-mn-john-carter-director-20120908,0,1996908.story?page=1&track=rss and how the director now feels about it. He admits he was surprised Disney didn't pull the plug after original chairman Dick Cook-who greenlighted the project-was let go and replaced by Rich Ross:

"I thought, 'Are we gonna lose the green light?' In the very beginning I assumed it would be like that, cause who's gonna give me the keys to a Ferrari if I've never driven before? But studios are not set up like that. They're like, 'Go and drive the car and don't drive it off a bridge.'"
He also discusses the negative response the film began to receive prior to its release, the differences between reshooting at Pixar and in Hollywood and confirms that his next film will be the Nemo sequel:

"What was immediately on the list was writing a second 'Carter' movie. When that went away, everything slid up. I know I'll be accused by more sarcastic people that it's a reaction to 'Carter' not doing well, but only in its timing, but not in its conceit."
at September 08, 2012