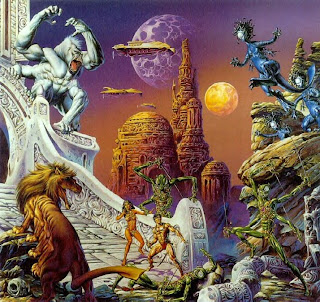 Two updates for the day but I figured this one might be of interest. Disney has confirmed that John Carter of Mars will be hitting theaters on June 8, 2012 in their patented Disney Digital 3D according to Heatvision http://heatvision.hollywoodreporter.com/2010/08/frankenweenie-john-carter-of-mars-release-dates.html The 3D confirmation though is something of a surprise since director Andrew Stanton had been quoted as saying he didn't want the film released this way but feared Disney would force it on the film. My question is was it filmed in 3D or are we going to get one of those bad post jobs like The Last Airbender? I guess we'll find out.
at August 09, 2010