Mark Strong on John Carter of Mars and Green Lantern! 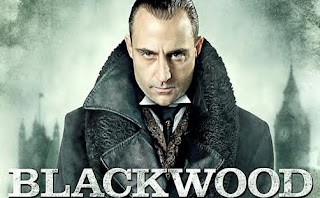 Well talk about killing two birds with one stone...
Cinematical recently caught up with Mark Strong (who at this point seems determined to play every villain in every major motion picture until the end of time) out promoting the upcoming comic book flick Kick-Ass. Not much major on John Carter of Mars (I guess after his last comments, the infamous "shift his shape" and "master of the universe" statements he decided to be more cautious in his exchanges). He did admit to recently filming a battle sequence between 2 tribes with 400 extras on a "floating platform" (didn't Flash Gordon and Prince Barin fight on one of those) and that he will be finishing his part in May with some shooting in Utah in the next few weeks. He also dropped some hints on Green Lantern and his take on Sinestro that sounds interesting. You can check out the full article here: http://www.cinematical.com/2010/04/07/exclusive-mark-strong-talks-green-lantern-and-john-carter-of/
at April 07, 2010