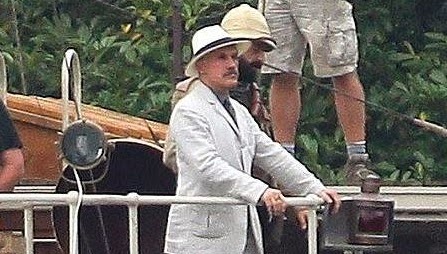 Here's something for your Sunday faithful readers. While there hasn't been much talk about the actual plot of David Yates' upcoming Tarzan other than some basics a site called BooksnFilm has posted an interesting piece that looks at the historical events that has possibly inspired the film. In this case that the film will focus on the Congo Free State that was founded in the late 19th century by Belgium's King Leopold II and the ultimate revelation of the atrocities and genocide carried out under his rule. The link is that the characters played by Samuel L. Jackson and Christoph Waltz (George Washington Williams and Captain Leon Rom) are actual people who were involved in the actual events. To read the entire piece-including how this event inspired both Joseph Conrad's Heart of Darkness and Edgar Rice Burroughs' Tarzan of the Apes check out https://booksnfilm.wordpress.com/2014/11/22/what-are-christoph-waltz-and-samuel-l-jackson-doing-in-david-yates-new-tarzan-film/ and leave any thoughts below.
at December 14, 2014