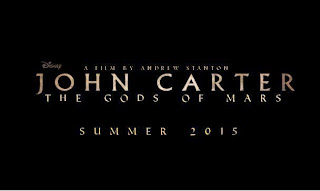 Thank you Andy for identify it. I'll update the article to include this.

The artist is Michael Whelan he did all the covers for the books from that issue .

Hello There. I found your blog using msn. This is a really well written article. I’ll be sure to bookmark it and return to read more of your useful information. Thanks for the post. I will definitely return. Plots for sale in Hyderabad

That sure is an old post so I'm not sure you will even read this answer! But still, here are the things as I imagine them for an eventual sequel:

- The Therns are false gods already, Carter caught Matai Shang in a blatant lie when the latter said the Therns were not "burdened by mortality", so it's likely he lied during his whole PR speech. I think the Therns are slaves too, of Issus and the First Born. I think Matai Shang's plan was to used the combined fleet of Helium and Zodanga to fight the First Born, and free the Therns from slavery.

- Carthoris would probably be 20 when Carter returns, it's established in the first movie that time passes faster on Earth than on Barsoom, if Powell's body is any indication. Not showing that the red matians are oviparian avoids unnecessary, potentially awkward explanations for the audience

- The plant would probably be an issue, possibly the climax of the series, with Dejah trying to start the plant when the main bad guy (probably Issus) will want to suck the air out of Barsoom.

Possible we will never know, unfortunately, but I can see things unfolding that way.

Stanton must feel pretty bad having made changes he must wonder "If I had been faithful to the material might it have succeeded?" He took out Princess because boys wouldn't like it and Mars because girls wouldn't like Mars. But Boys would like Mars and girls would Like Princess. Girls Love anything princess.