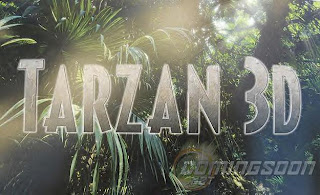 I'll skip to the news. Summit Entertainment has released a couple of promo logos at the on-going American Film Market expo and among the ones released was this one. In case some of you forgot (and I did), this was previously announced as a CGI animated film, produced by the same company behind the current Three Musketeers film and is not connected to the live action film being planned at Warner Bros. You can see the rest of Summit's promos at http://www.comingsoon.net/news/movienews.php?id=83888
at November 03, 2011