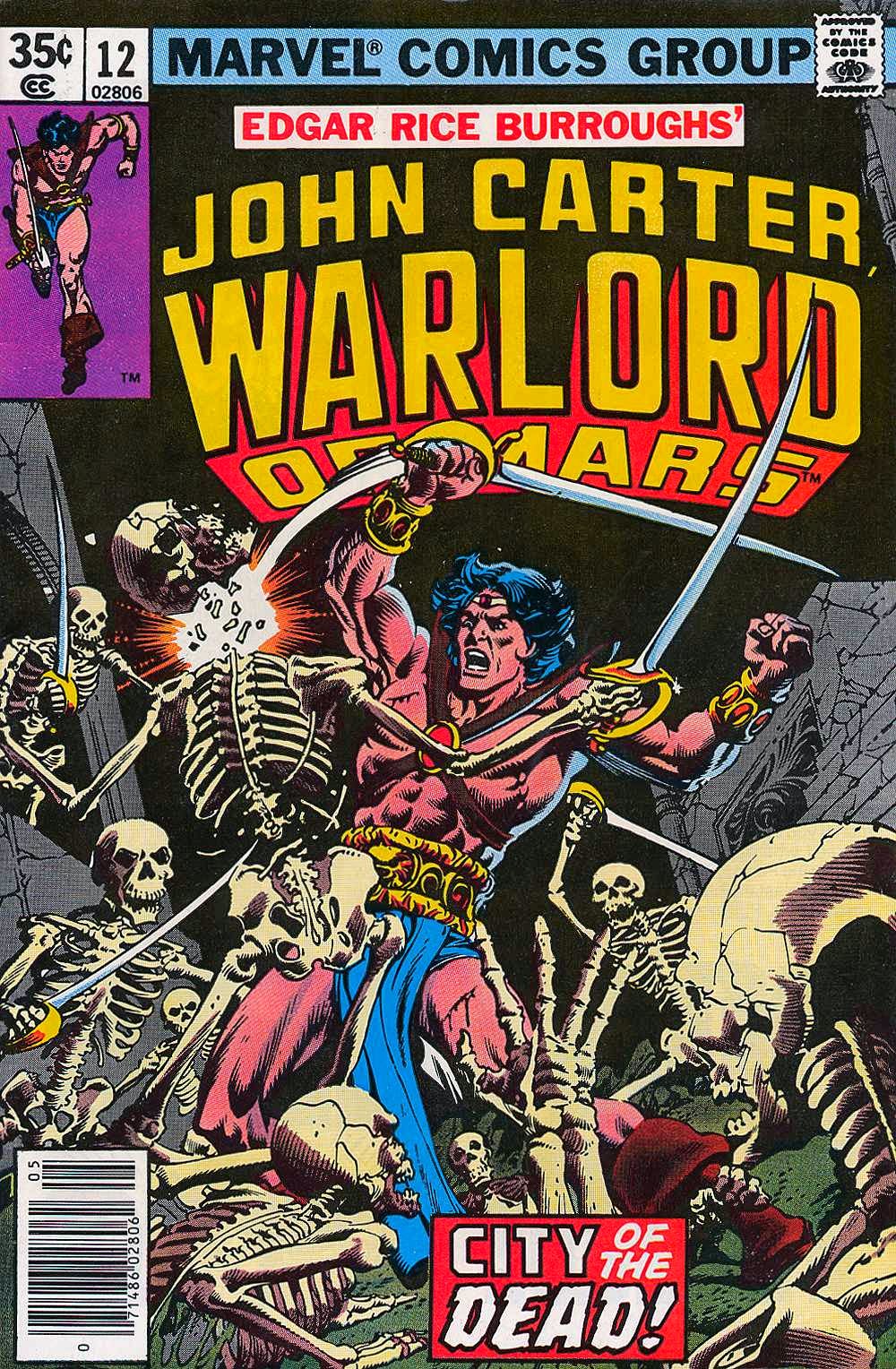 It's John Carter vs. Army of Darkness! Where's Bruce Campbell when you need him? All kidding aside get ready as our hero faces his latest threat in the "City of Skulls!"

With Tars Tarkas returning back to Thark to rule, daughter Sola has decided to remain in Helium but accompanies Dejah Thoris to a diplomatic meeting to see her father. When the pair separates Sola is distracted by music and disappears. When Dejah returns and discovers Sola has not, she persuades John Carter to go to Thark and investigate. With Tars the two find Sola's trail and a new shocker-a mountain carved out of a giant skull even frightens the brave Thark. Inside though is even something worse, living skeletons who capture Carter, leaving him to face something even more evil...

Kicking off the second story arc of the series, "City of Skulls" almost plays like a rejected script from Marvel's Conan the Barbarian series in that I can see Conan finding a mountain city made out of skulls but not Carter. Also the scenes of Carter attempting to fight walking skeletons brings to mind Ray Harryhausen, not to mention Sam Raimi's Army of Darkness more than the space fantasy world of John Carter of Mars. Still Marv Wolfman weaves a good start, with a mystery (the disappearance of Sola) and several vivid setpieces that offer up the reader a good time.

Taking over the artwork is Carmine Infantino, who brings a nice balance between the older designs and offering up his own take on the characters and locations. His design of the Skull mountain is vivid (and makes me wonder if the makers of Masters of the Universe didn't remember it when designing Castle Greyskull). The characters also stick out well, event though some might find they clash when compared to the earlier issues. Still he draws a mean Thark and a sexy Dejah so no problems there.

So we get more of a sword and sorcery tale here that if anything provides an interesting tale for readers. Next time get ready for "March of the Dead!" (and no it's not a missing George Romero movie). Until then stay safe guys.
at January 03, 2015