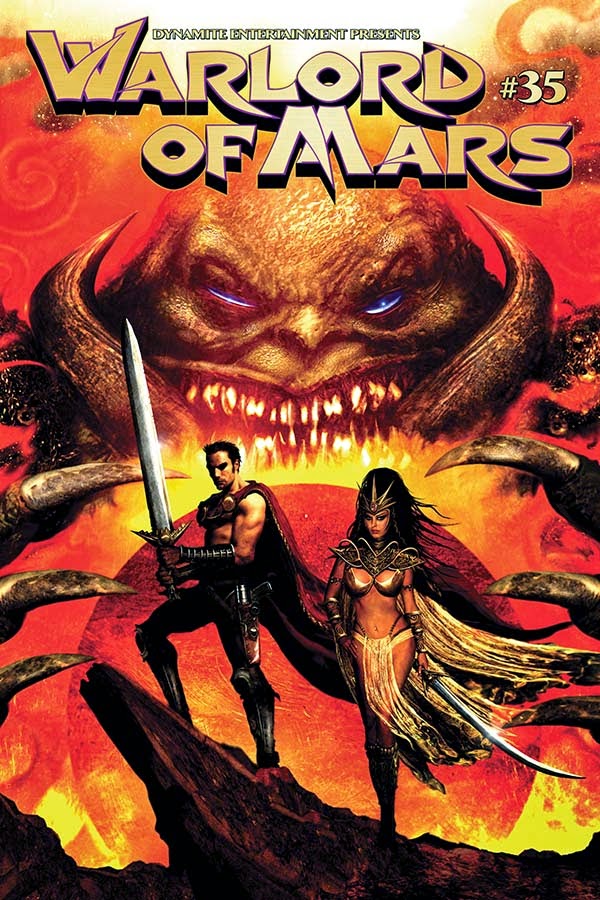 With Tars Tarkas and the Tharks leading a final stand against the Warhoons and Helium, John Carter sneaks back into Helium to gain entrance again to the Red Tower to find the final resting place of Xerius and bring an end to his evil. But as anyone who has ever fought a corpse can tell you it's not easy as Carter puts his life on the line to again save Barsoom from total destruction.

Pretty much from page one on this is a fast paced wrap up to the "Tyrant of Mars" storyline, with little to break the flow and no flab. Cutting back and forth between places and characters, Arvid Nelson and company manage to keep this finale moving while providing enough of a satisfying conclusion, even if it does take some leaps of faith to accept Carter's final solution in defeating his enemy. Just sit back and enjoy the ride.

Helping matters is the stellar artwork by Rafael Lanhellas that captures the action and pace with no major hiccups or out of place things to distract. The action sequences have a good flow while he draws the characters pretty well, bringing Carter and Tars to life with ease and style.

I guess this is the end of the road as far as this series is concerned. I've enjoyed the ride from the beginning, even with the revolving door of artists and changes made to Edgar Rice Burroughs' world but Nelson and everyone involved did their best to bring Barsoom to life and treat it with respect and a sense of fun, something that others-like a certain director who shall remain nameless-would had done well to have followed. While there will be a one shot and the Dejah of Mars miniseries coming soon, I hope this isn't the last we'll see of John Carter, Dejah Thoris and the world of Barsoom in comic form. So a big thanks to all involved for making a good series. Until next time folks, Kaor!