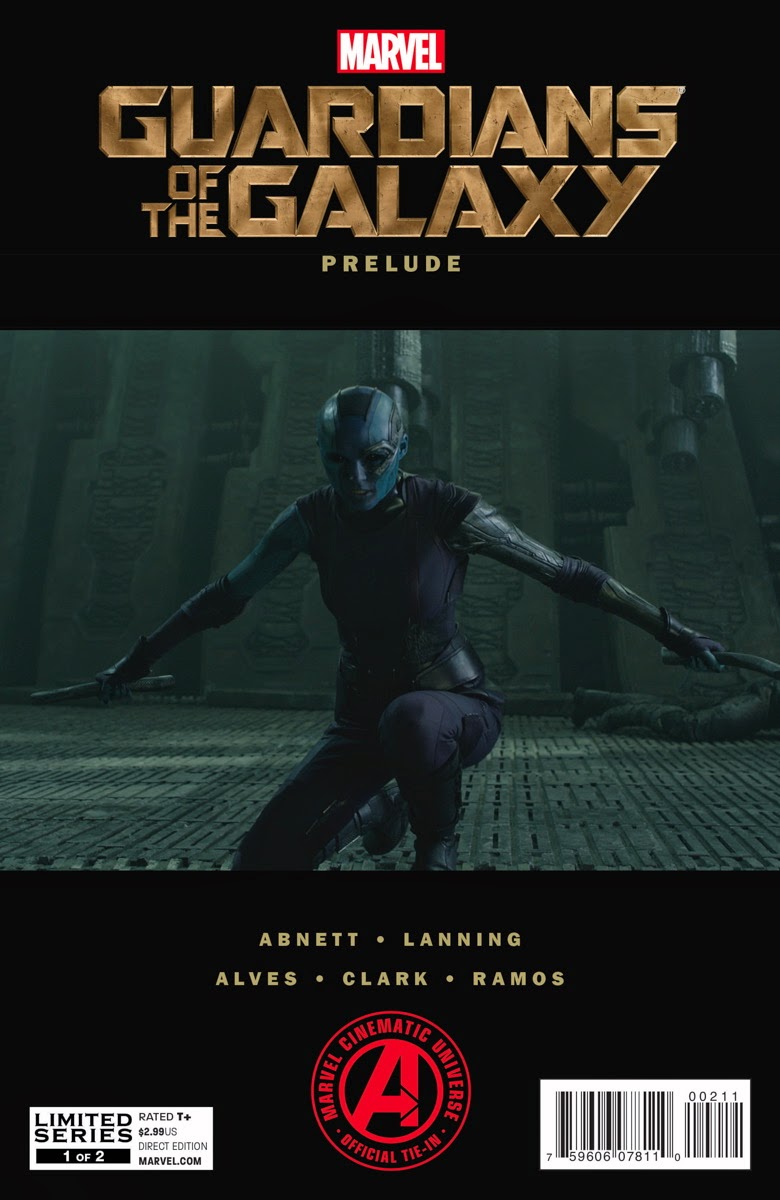 I hope to get caught up soon with some missing comic reviews but for now let's take a look at this "prelude" to the upcoming Marvel sci-fi epic. However to quote River Song: Spoilers!

Written by the team responsible for the current incarnation of the Guardians Dan Abnett and Andy Lanning, this issue focuses on Nebula, the female assassin, and her rivalry with fellow assassin Gamora. Not much storywise happens as we instead get a glimpse into their competitive-and deadly-natures that results in them becoming enemies. Oh Thanos also appears so start taking bets whether or not Big Chin shows up in the film.

Since this one is set in the Marvel Cinematic Universe version, readers will need to put aside the normal comic book and take it for what it is: a swift prequel that sets up two of the main characters for those who have no prior knowledge of who these characters are. Still Abnett and Landing do a good job establishing Nebula's origin and her eventual hatred of Gamora and Thanos as well as showing the brutal training both women go through to become master assassins. It may not have a lot of depth but it's still a good read.

Helping out is the artwork by the team of penciler Wellington Alves, inker Manny Clark and colorist Jay David Ramos. Their work is nice and clean, showing off the current action in nice bold colors and the flashbacks in muted tones. While it may not pop to many it captures the characters well and adds enough action to maintain the reader's attention.

If you've seen the trailer and are intrigued by the film then this is a no-brainer to pick up, even though I would also recommend getting the regular Guardians title as well. Plus the next issue has a raccoon and his tree! What more do you want?