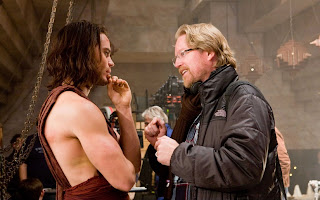 OK just to provide some relief from today's news, director Andrew Stanton has returned to his Twitter account at http://twitter.com/andrewstanton to answer fans' questions. Probably not surprisingly, the topic of a John Carter sequel popped up, so what's the latest news? Stanton told one that if he and his co-writers would return he responded "If Disney asks we're there," although he also told another fan that it would take "about 1M fans and no critics" to get it made. So make of that what you will.