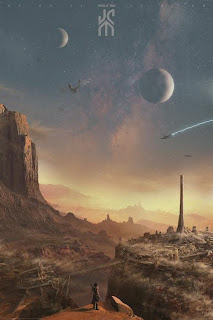 ﻿Hey, John Carter actually won something! In this case the Internet Movie Poster (or IMP) Awards voted it the "Best Special Edition" poster of 2012 for JC Richard's Mondo poster. The site commented that "Richard's wonderful artwork shows us the beauty and excitement of a new world, something that was missing from so many of the designs for this film. The focus should've been more on Mars and less on the title character. Here, we only get a glimpse of our hero, dwarfed by the great landscape before him." On the flip side the first teaser poster for the film (the one with Taylor Kitsch looking moody that someone stepped on his toes) was nominated for worst poster of the year but lost to Twilight-Breaking Dawn Part 2. For the rest of the winners check out http://www.impawards.com/2012/index.html (Thanks to Andy at Geeky Nerfherder for posting the link at his site).